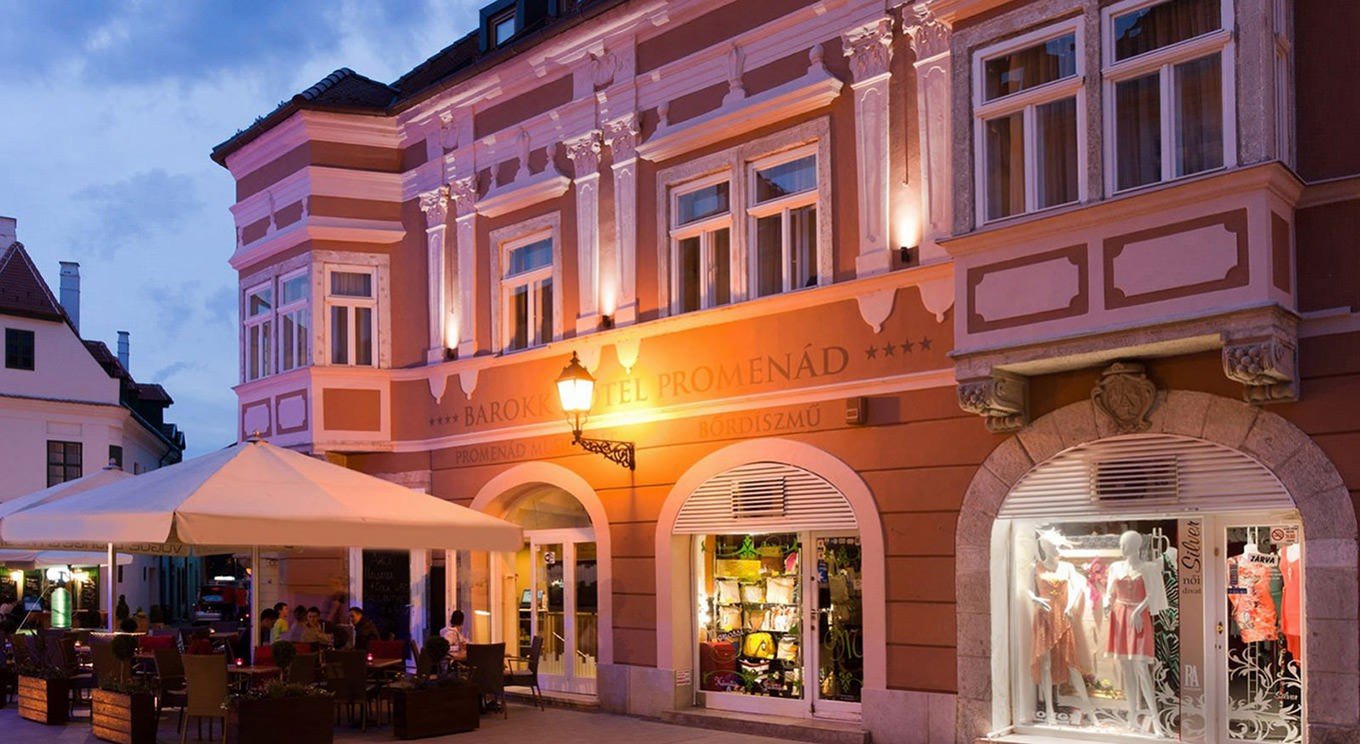 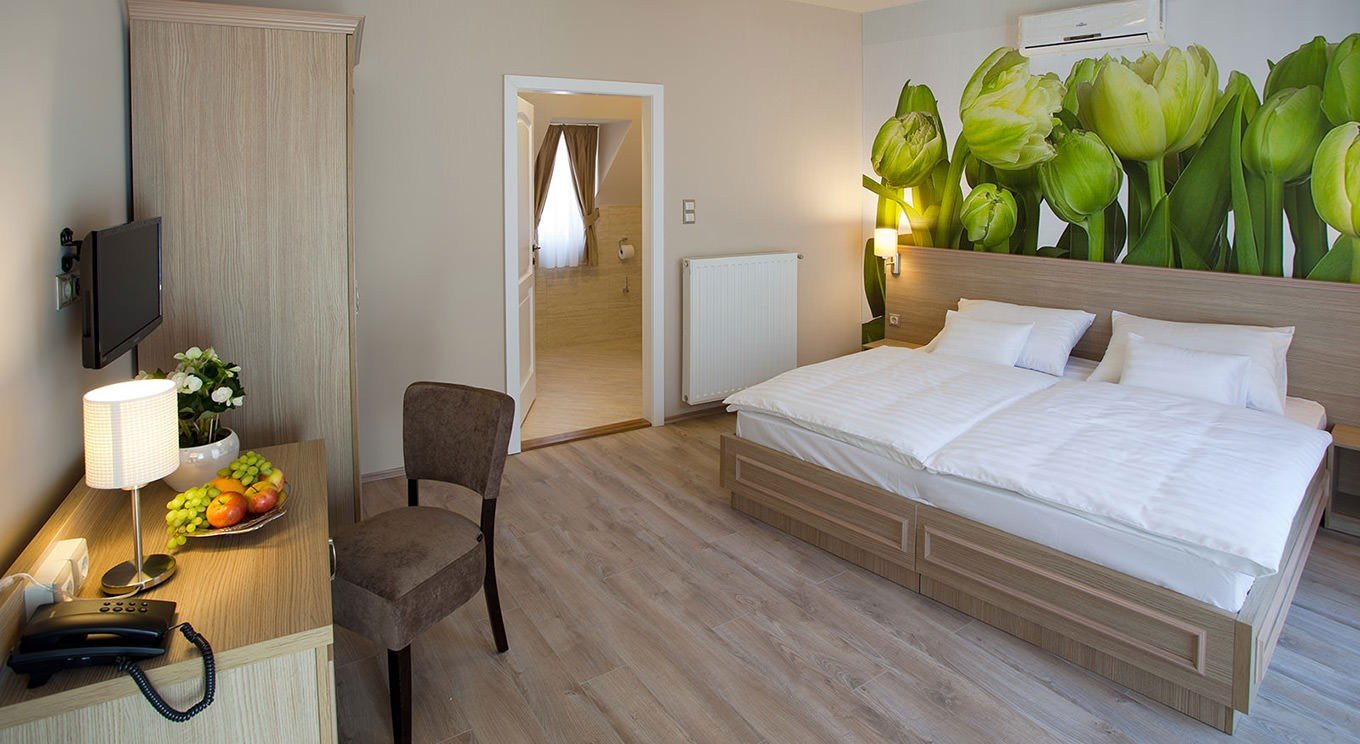 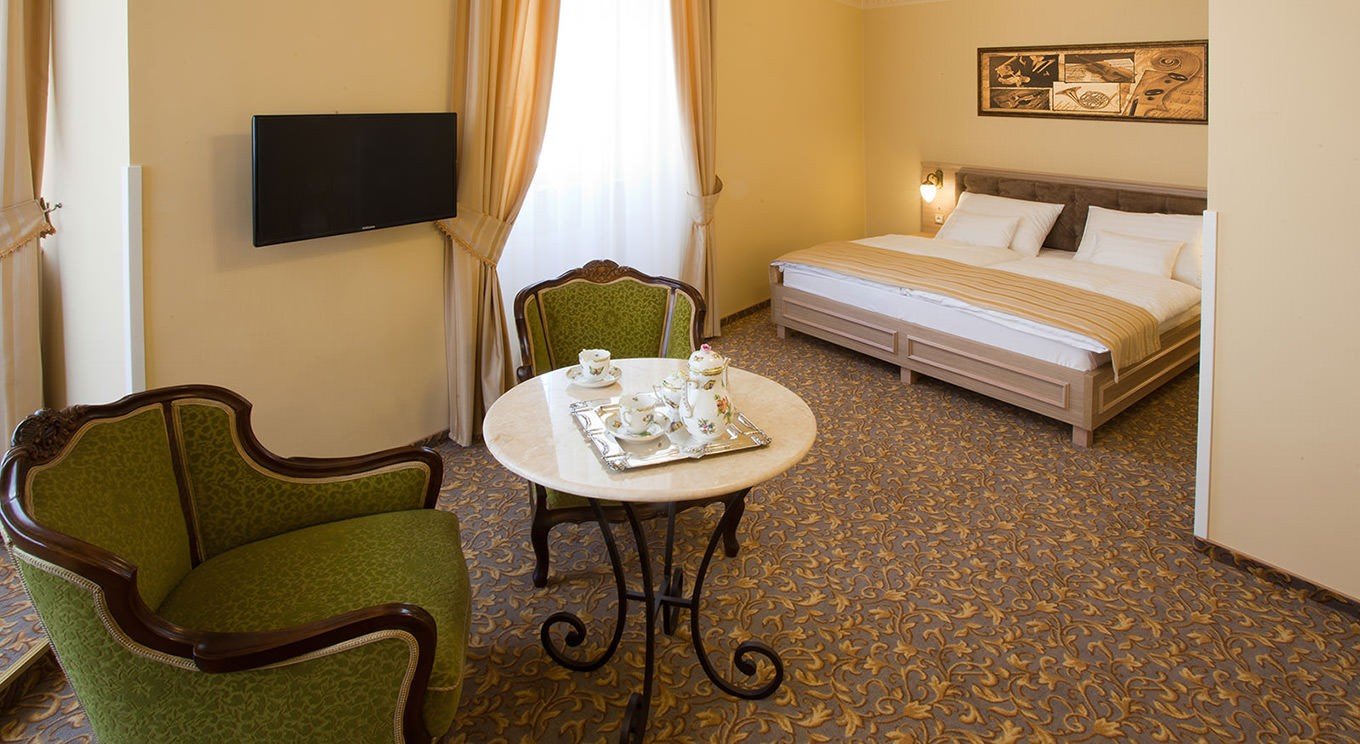 Sights and Attractions in Győr

Győr is a traditional, colourful city, which unites a series of architectural, cul-tural and natural values. It is the third richest city of Hungary as regards monuments. The reconstruction of the baroque downtown of outstanding beauty was acknowledged by the EU awarding the city the European prize of monument conservation.

The City Hall is the building that has a close to 60 meter high tower, which attracts the eyes of the travellers. Its construction was completed in 1900, and since then it has witnessed many historical and political events.

Practically each house of the downtown of Győr is a monument: the Széchenyi Pharmacy Museum; the Benedictine Gymnasium, College and Church; the Iron Log House /Exhibition Hall/, the Mária Column, János Xantus Museum, the Apatúr House, Old City Hall.
The square that had been renewed in 2010 is decorated by modern fountains.
The square awaits people fond of music each second Sunday between May and August with a Jazz Terrace.

The episcopate of Győr was established by King St. Stephen in the first decade of his reign (1000-1009). The foundations of the Basilica were also laid during this period. In the Gothic Chapel of the Basilica there is the St László herm and the tomb of blessed bishop Vilmos Apor.

The eclectic style synagogue was built by the Neolog Israelite community be-tween 1868 and 1870. The reconstructed building is the venue of cultural events and a permanent exhibition. This is the place where visitors may see the excellent collection of János Vasilescu Senior introducing the Hungarian fine arts of the period that followed the Second World War.

In the lapidary visitors may see stone monuments of the Roman Era, engrav-ings and carved stones showing the Turkish Times, as well as a brick collection of the Modern Age.

In the vicinity of the Hotel there is a monumental building from the 17th century, the Kresta House, which hosts the works of ceramist Margit Kovács (1902-1977) born in Győr. The exhibition contains terracotta, chamotte and eregobe-glazed ceramic sculptures, reliefs, utility and decorative objects of everyday use, interior details from the Budapest atelier and working room of the artist.

The Zichy palace is a baroque palace that dates back to the 17th century. Figurative and decorative wall paintings are displayed on several hundred square meters in its grandiose upper floor rooms. The restored frescoes provide a grandiose background for wedding ceremonies.
The palace is the home of a permanent doll exhibition. This exhibition with the aid of its scenes involving 72 dolls, their tiny accessories and furniture introduces the bourgeois way of life of the last century.

The Bishop Castle, one of the oldest monumental buildings of Győr is located in the vicinity of the Basilica.
It hosts the permanent exhibition of bishop Vilmos Apor.
The terrace established on the top of the castle tower may be already visited since 2012. From here visitors may enjoy the imposing sight of the baroque downtown.